I’m going to be honest; Quebec was adorable. Getting into Quebec was less fun. As we got into Old Quebec, the streets became smaller and more winding. Our internet research told that there was RV parking and figured that it would probably be less expensive than taking a taxi. It turns out that our first location didn’t exist (or had been renovated into a parking garage) and we had some issues finding our backup location. Once we found it, it was impossible to miss. It was back in the marina area and here were tons of RVs that were set up for the night. The only downfall to the convenient location was the very expensive cost ($50/so many hours or $70/24 hours). We were in walking distance of everything.

There seemed to be some kind of festival going on (we never quite figured out what it was for). There were a lot of booths set up being run by people dressed in colonial-style outfits. We walked around basically trying to see all the cool buildings. Turns out most of the largest castles and palaces are luxury hotels now. The Citadel was an active base and gave what sounded like some interesting tours, but we decided to turn around because they were a bit too expensive for our budget.

We spent most of the remainder of the afternoon in search of beer. We went to “Le Projet,” which featured the most peculiar draft list featuring only small microbrews (some of the offerings were basically homebrew) from the area. The flights were grouped according to style, I think we tried the IPAs. After that we hit up a few bottle shops before heading back to the RV to drop everything off.

We took another quick detour over to a local brewery called “La Barberie” since we were facing rush hour traffic. This worked out great for me because I had wanted to try a beer from them earlier in the day. Afterwards we headed over to a local market to buy some fresh produce. Canada has excellent blueberries and mushrooms (we got a recommendation from the mushroom guy for some beautiful Chanterelles that went perfect in our pasta that evening). 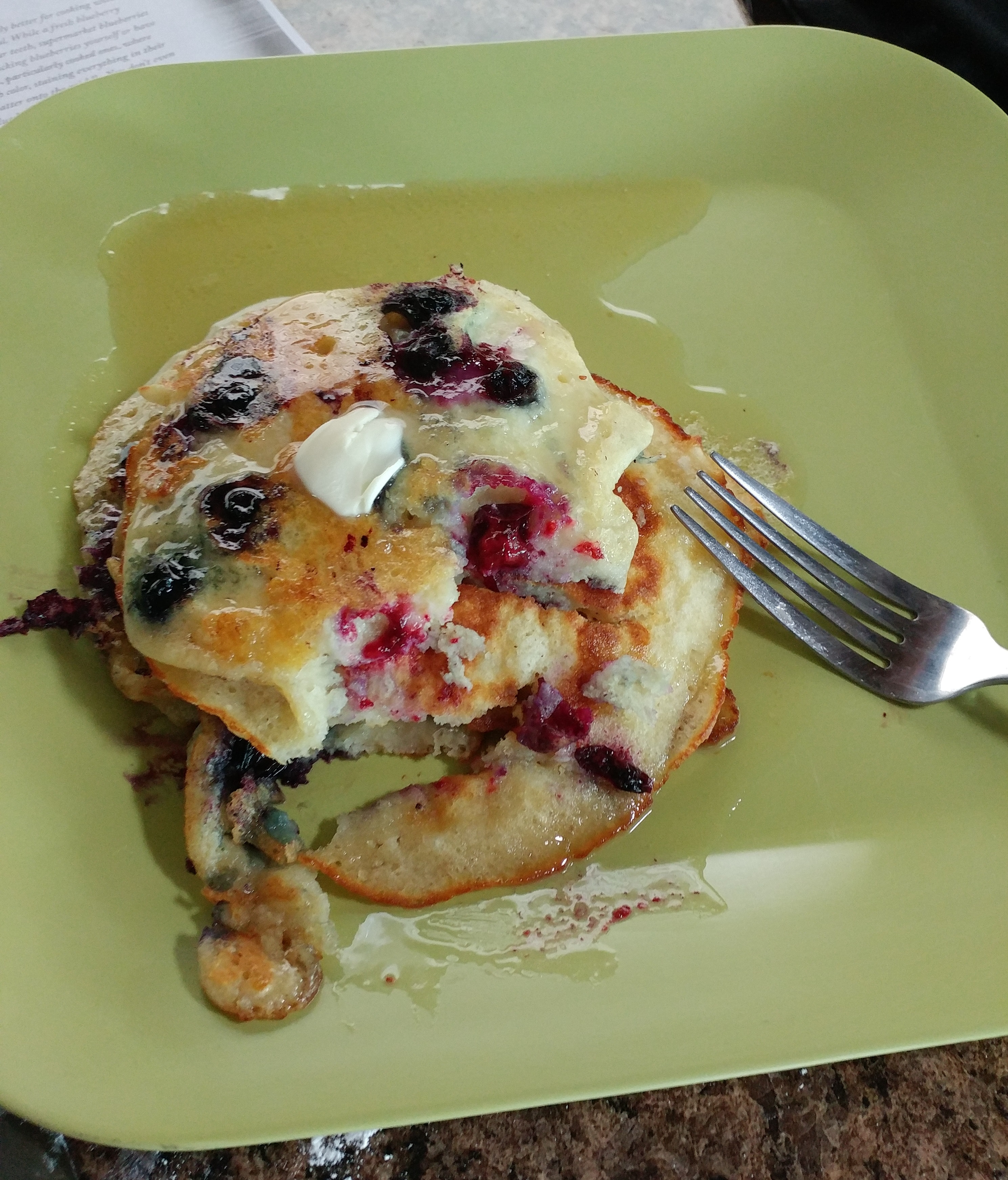 Our following morning had an unexpected quick start. We had been planning to put our blueberries into some pancakes…only to realize that we had somehow left our maple syrup at home. Brandon had his heart set on delicious blueberry pancakes, so instead of just making eggs we packed up and headed out to find some authentic maple syrup. He is very stubborn once he decides he is going to do something. About 2 hours later we had our syrup and shortly after, the best pancakes I’ve ever tasted.

As a result, the actual start to our day was rather late. We found a shopping center outside Montreal to park at so we could taxi into the city. We didn’t spend much time in Montreal, but only stopped in to check out a local brewery (Dieu du Ciel) that Brandon was interested in.

The next day was for Toronto. Again, parking is difficult. Brandon parked the RV at the Yorkdale Shopping Centre (that limited parking to customers for 5 hours; we were not customers, but we were back within our time limit) that had public transit connected to it. The mall was right on their subway line, which would take us straight downtown. Unluckily, that portion of the line was down for the weekend and we were diverted via bus to a different station.

Toronto didn’t go great for us. We had wanted to see the popular sites (there aren’t many), hit up Lawrence Market (turns out it was closed on Sundays) and go to a poutine place (which didn’t exist. thanks google). We did end up getting pulled pork poutine from Smoke’s and managed to cross another ice cream location off of Brandon’s list at Ed’s Real Scoop. Our craft beer locations were limited, but we stopped in the Beerbistro restaurant for a flight before having to figure out how to get back to the RV.

We spent that night on US/Canadian border in Sarnia so we could cross first thing in the morning. I was surprised (though honestly, I shouldn’t have been) that getting back into the US was way more time-consuming than getting into Canada. The line was much longer and we were asked more questions about how we knew each other (the border agent asked if Brandon picked me up in Canada even though he was holding my US passport and already knew we were both from Maryland?), what we did in Canada, where we were going, and so on.

I don’t understand why he thought I (or Canada) was such a threat. 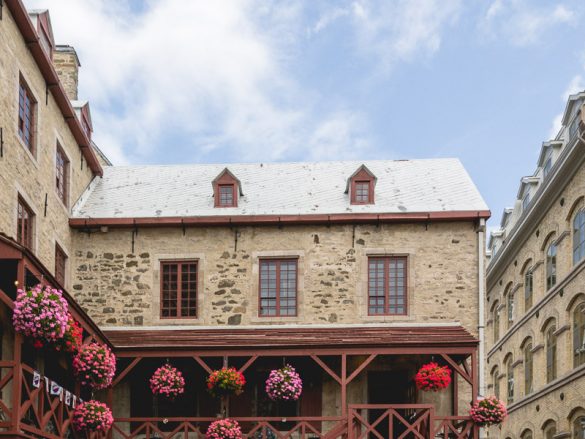 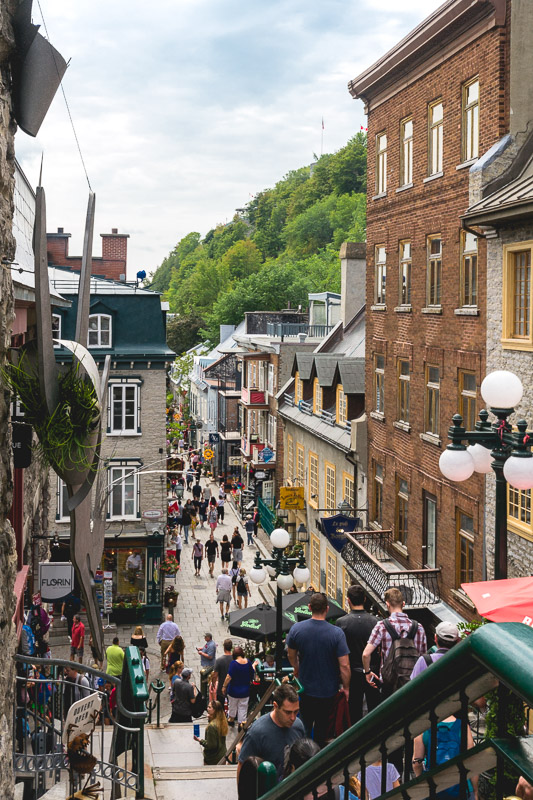 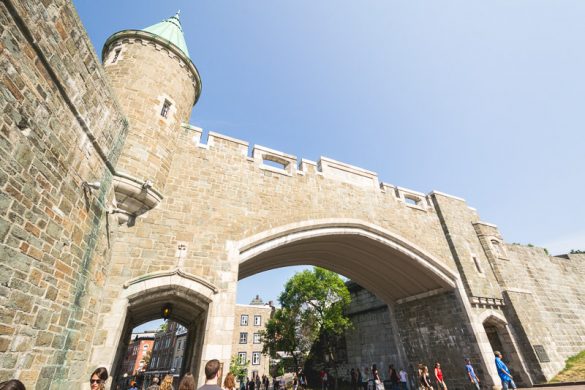 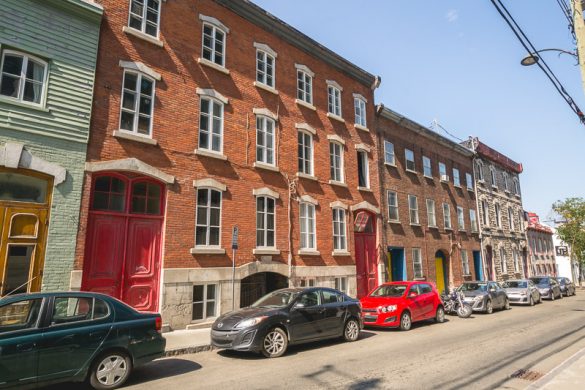 I might have forgotten to take photos in Montreal and Toronto…