After visiting Brandon’s grandmother in Indiana, we booked it over to Wyoming as fast as possible because we knew that there would be a lot of traffic coming in for the solar eclipse. We arrived on early Saturday morning and snagged a free campsite in the Bridger-Teton National Forest. Overall, it was a great, quiet, dry camp spot about 13 miles from the park entrance.

Our first day was spent trying to gauge our surroundings. We took the motorcycle into the Jenny Lake Visitor Center to pick up a detailed topographical map of the park and then did a short hike around Taggart Lake, where we sat and ate some snacks right on the lake’s edge.

We woke up early on Sunday morning to get a start on our 16-mile hike of Static Peak Divide. We left by 7:30 and were greeted by brisk cold morning air that was only made worse by the motorcycle ride. The hike was filled with constant spectacular views, but also with constant elevation gain. It was an exhausting day. I stopped just short of the summit on a flat ridge, because I was so tired and starting to feel nauseous (we’re suspecting elevation sickness).

Despite bringing 2 liters of water each, we both ran out about with more than 4 miles to go. We were so thirsty at the end of the hike that stopped at restaurant to get a drink and a snack. We arrived back to our RV to find ourselves completely surrounded by new campers in preparation for the next day’s solar eclipse.

We took a very slow post-hike morning before hopping on the motorcycle to people-watch all the crowds setting up for the eclipse. All the scenic overlook parking lots were already full, and we didn’t want to brave the park itself, so we ended up back at the RV and climbed a nearby hill so that we had the view of both the sun and the Teton mountain range.

Experiencing totality during the solar eclipse was surreal. As it got closer, you could feel the temperature swiftly dropping and light dimming (to me it almost looked like a photo where the exposure was too dark). We got just a little over two minutes of totality before the sun started to come back up and everyone immediately started to pack up and leave. Our once busy camping area was quiet again.

We debated on going on a hike or heading to Yellowstone the following day and decided to stick around because most of the eclipse-viewing crowd had headed up that way and taken all the campground space. We headed back over to Jenny Lake and took the ferry across to do the 9-mile Cascade Canyon hike. Despite having a pretty good hike (awesome views, but not as spectacular as Static Peak), our day unfortunately ended with me taking a pretty nasty fall, slicing open my knee, and having to take a trip to the Emergency Room to get it stitched up (3 internal and 6 external stitches).

We had to spend an unexpected extra day in the Grand Tetons to allow my knee some time to heal and to go pick up a prescription to prevent infection. I guess we should have just gone to Yellowstone a day early instead. 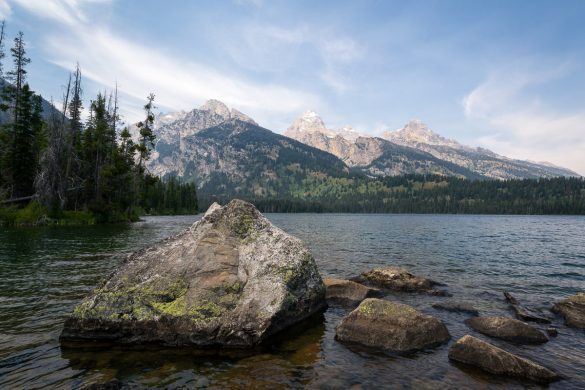 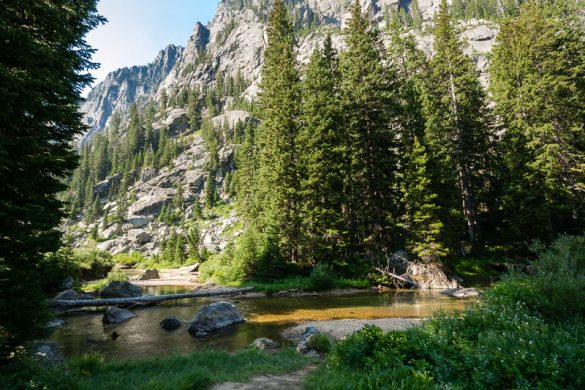 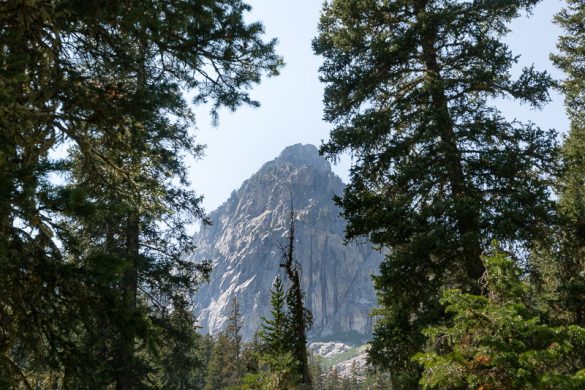 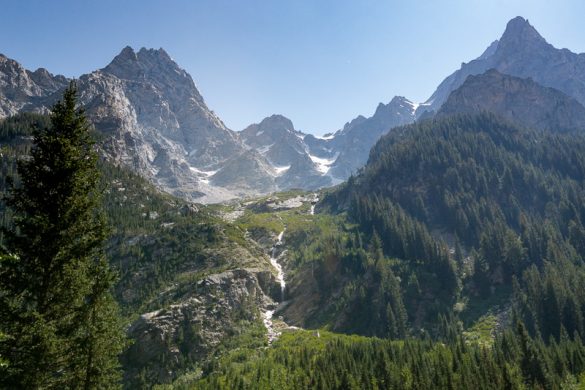 Detour to the Badlands

Warning: Illegal string offset 'username' in /homepages/24/d692984709/htdocs/clickandbuilds/RoundABoots/wp-content/plugins/instagram-slider-widget/includes/class-wis_instagram_slider.php on line 859
No images found!
Try some other hashtag or username