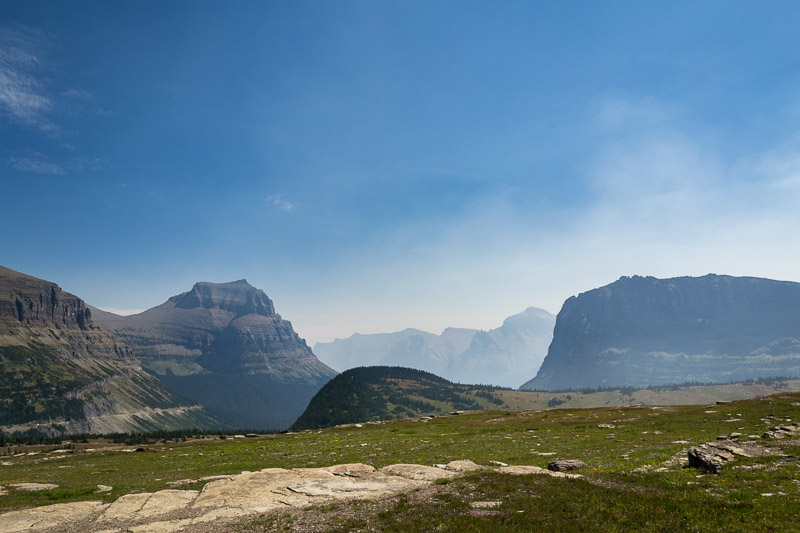 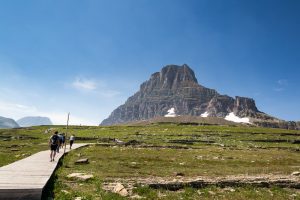 Headed toward the base of Clements Mountain

We wanted an easy day after the long hike on Highline, and Hidden Lake was definitely that. It too starts from Logan Pass, but is almost entirely along wooden boardwalks and only gets about a mile away from the busiest part of the park.

Be prepared to wade through lots and lots of people who are not prepared for the 500 ft climb at altitude (even the One-legged Wonder herself passed a few groups on the way up). Thanks to the boardwalks, the trail is smooth and the grade is gradual. We saw a lot of workers replacing boards and adding beams to shore up the edges of the trail, so while this is probably the most heavily trafficked trail in the park, it’s probably the best maintained as well. 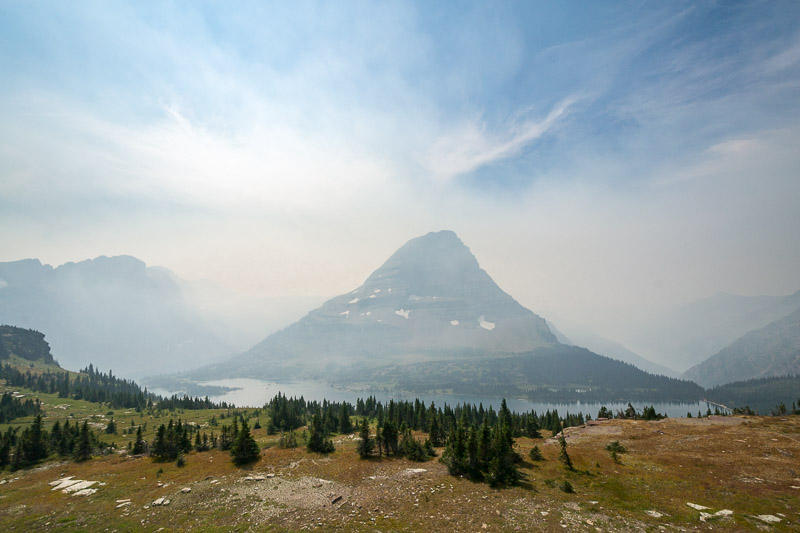 The view was pretty disappointing because of the thick smoke, but we knew what we were getting into from the beginning. It looks clear in the first picture because were up above the smoke line and Clements wasn’t obscured, but the air was hazy the entire drive up and you definitely noticed the piney campfire smell.

Limes don't exist in New Zealand. Even the bottled lime juice tastes like artificial lime flavoring. I ordered a margarita and they used lemon.